Lianrui Electronics wears a "safety belt" for your information transmission

As we all know, the first thing to do when driving is to fasten the "seat belt". If we compare information transmission to a car, network security is the "seat belt", but in recent years, this seat belt has become more and more unstable.
Since 2020, the world's century old pattern of turbulence and the global epidemic have been intertwined and superimposed, the complexity of the international environment has increased day by day, large-scale targeted network attacks have emerged one after another, and the risks of security vulnerabilities, data leakage, hacker attacks, network fraud and so on have increased. 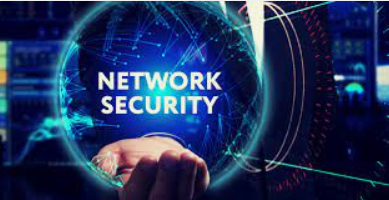 In fact, as early as 2017, China's first network security law of the people's Republic of China was promulgated and implemented. In 2021, China again promulgated the password law of the people's Republic of China, the regulations on the security protection of key information infrastructure, the personal information protection law of the people's Republic of China, the national cyberspace security strategy A series of laws and regulations, such as the regulations on the security protection of key information infrastructure, and the strong slogan of "without network security, there is no national security" put forward by Party and state leaders, all show that China has paid unprecedented attention to network security, and the Chinese government will never allow the information of the state and individuals to be arbitrarily disclosed and attacked.
Of course, iron needs to be hard. In addition to a series of laws and regulations issued by the national government to maintain the security of national and personal information, enterprises themselves need to strengthen the deployment of network security equipment such as network firewall and gateway gateway.
As a trusted network card brand in the world, Shenzhen Lianrui Electronics Co., Ltd. (lr-link Lianrui for short) also has an excellent reputation in the field of network security. It has independently developed 30 + series of network security network cards (horizontal plug-in network cards) with different specifications, including 1g to 40g, dual port to eight port, domestic master controller to Intel master controller, And then to the Gigabit four port network card with bypass function and the Gigabit dual optical port single (multi) mode network card. With complete product specifications, excellent and stable performance, it has escorted the network security information transmission of more than 500 enterprise customers around the world.