On August 1, 2021, on this exciting and special day, Shenzhen Lianrui Electronics Co., Ltd. held the housewarming ceremony of its R&D center. This is of epoch-making significance for Shenzhen Lianrui, and is also the witness of enterprise development milestone.

ADQ function released by Intel can be used for some NVMe access acceleration based on TCP. And this new feature has been supported in the operating system of Linux kernel. Intel's 800 series 100G Ethernet network card can give full play to the advantages of NVMe access based on TCP protocol, and its delay can be comparable to that of Fabric NVMe based on RDMA function.

When we measure the performance of the data center, most people first consider indicators such as throughput and delay-that is, how much data can be processed per second and how long does an operation take?

We compare ADQ to providing a fast dedicated channel for the most core applications on the highways that go hand in hand. In this way, the core business can be executed at a higher speed. 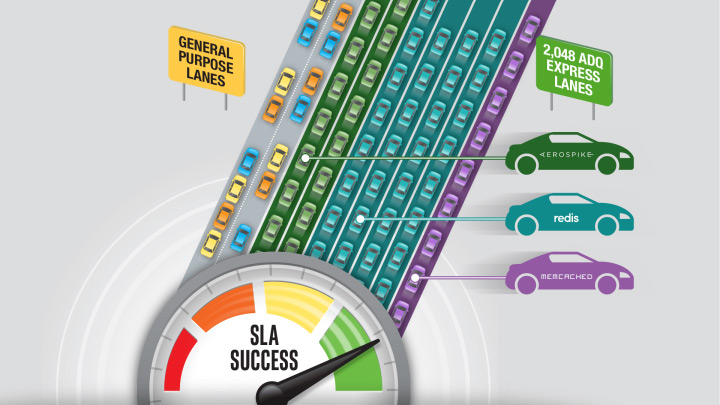 Data center adopts parallel computing, so a job may be split into multiple instructions and distributed to dozens or hundreds of servers for completion. Then, among all the instructions, the job is finished when the instruction with the slowest response is completed and the result is returned. That is to say, the more servers there are, the more likely it is that the results will return slowly, thus reducing the completion speed of the whole job. At this time, the network between servers and the network software play an important role in influencing the time of data transmission.

ADQ is a development technology aimed at solving network traffic problems by improving throughput and delay, and at the same time, it can improve the predictability of application response time. According to the test, compared with no ADQ technology, the performance of ADQ application has been significantly improved. After enabling ADQ, the predictability of the system is improved by more than 50%, the application delay is reduced by more than 45%, and the throughput is improved by more than 30%. This is due to the fact that ADQ is directly reaching the target channel or queue for the core business queue, which makes it unnecessary for other applications to share or preempt the transmission channel. 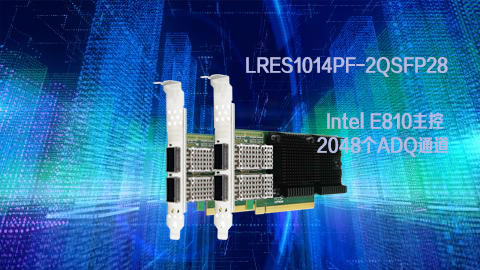 Intel 800 series adapters are equipped with 2048 dedicated hardware queues, which can be configured as dedicated ADQs or used as standard traffic channels. Allocate queues for applications through system administrator customization, so as to allocate more queues for higher priority applications to ensure their high performance predictability.

At present, Intel has updated the key patch to the Linux kernel to enable ADQ, and this patch has been included in Linux 4.19 and later. ADQ can be configured by standard Linux operating system tools, such as iproute2, flow control (TC), network port setting (ethtool) and control group (cgroup).

ADQ opens up the expressway, which is a key application for enterprises and keeps them away from traffic jams. You can get more predictability in application performance, reduce latency and improve overall performance.