With the acceleration of digitalization, the number of computer rooms and data centers has also increased. Convenience and efficiency are the high-quality experiences that digitalization brings to people.

With the acceleration of digitalization, the number of computer rooms and data centers has also increased. Convenience and efficiency are the high-quality experiences that digitalization brings to people.

On the Importance of Information Security

There is a popular saying on the Internet, which is called fire prevention, anti-theft and anti boudoir. Many people will laugh when they hear this. In fact, although this sentence is a "paragraph", it also highlights a very simple but important message, that is, the word "defense".

LREM3500TF-4S4T is a PCI Express X8 quad copper and quad fiber-optic one of the sandwich Gigabit Ethernet network adapter, which is mainly used in the firewall, gateway, data monitoring and other data transmission, and can adapt to the round the clock work.

The difference is the conventional Ethernet card in the market. The interface type of Shenzhen LR-LINK network card adopts four optical and four electric interfaces. Each network port has an independent Gigabit channel network port, which can work independently with each other. Compared with the single interface network card, it has stronger customization and data transmission stability. 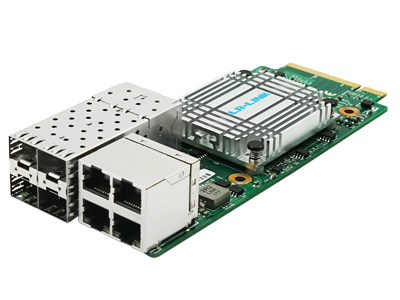 Second, the network card has a strong adaptive rate link, which can support the speed transmission of 10 / 100 / 1000 Mbps in the application field. In the Gigabit Ethernet connection, all ports can be allowed to work in the full duplex Gigabit mode at the same time. In the gigabit optical fiber security transmission in the application field, the network card can be allowed in the Gigabit Ethernet connection at the same time. According to the actual needs of customers, Gigabit fiber access module is carried out according to the actual needs of customers.

Third, and the most important thing, the lrem3500tf-4s4t Ethernet card adopts a sandwich structure, which can effectively save PCI express channel resources in the space of 1U chassis, which has a wider practical value for the application of compact chassis.

The most important thing for data network transmission is stability. Any small data loss may cause the final result to be different. The most outstanding performance of Shenzhen LR-LINK network card is strong compatibility and stability, which can reduce the possibility of data transmission loss to the greatest extent. At the same time, the network card is a multifunctional Ethernet The card is widely used in data center, network storage, high performance computing, cloud computing, smart city construction and industrial automation.