What will the world be like if we lose the Internet? Xiaobian has a deep memory of a foreign film scene. When everyone is wandering in the Internet world, the network suddenly disappears, and people begin to be furious, just like a barbarian who has been robbed of food. What a terrible scene it is. Although it is only a science fiction film, it also reflects the real situation of people now. People have reached an unprecedented degree of dependence on the Internet.

This is actually to convey a message, how to ensure the normal, efficient and stable operation of the network is an important task for all global electronic communication manufacturers and network operators. It is of great significance especially for national defense, government and key industries. Just imagine, when China's national defense is using radar, infrared camera and other means to detect the enemy, the network suddenly appears unstable, which will cause the battlefield opportunity delay; when the server that needs high-speed operation and processing encounters a major lightning stroke weather, the current is too large in an instant, which may cause the server operation instability and data loss, and how much economic benefits will it bring Loss. The lightning protection design of electronic communication equipment and the stability of network are very important in the future development. 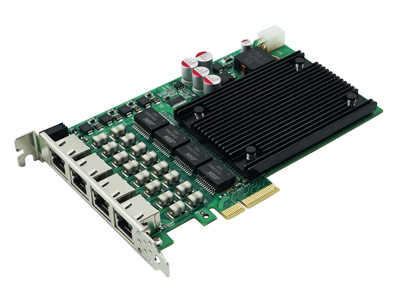 At the same time, the lightning protection network card has the excellent performance of conventional high-end RJ45 interface network card, and allows all ports to work in full duplex mode at the highest time in the Gigabit Ethernet connection, so as to adapt to high-performance network communication. In the customer application solutions, the adapter card is an ideal solution to deploy multiple networks and key network applications and environments on high-performance servers. It has a wide range of market applications for industrial field visual inspection server and equipment, visual field client, fast mobile Ethernet data transmission equipment, etc.